We have the solution to ScoMo's energy woes

Australian Parents for Climate Action (AP4CA) have presented a “no-brainer” solution to the Prime Minister’s challenge for the energy industry to come up with a way to generate 1000 megawatts of dispatchable power.

AP4CA are asking the federal government to fund their Solar Our Schools initiative in the October federal budget. Their initiative would replace Liddell coal-fired power plant’s capacity whilst also delivering co-benefits like thousands of regional jobs across Australia.

“Parents want a safe future for our children, and do not want to see the Federal government investing in more fossil fuels like gas”, says AP4CA’s National Director Suzie Brown.

Morrison expressed concern on Tuesday that new power generation would be needed because of the closure of the Liddell coal-fired power plant in 2023, with Energy Minister Angus Taylor saying the government needs 1000 megawatts of dispatchable energy committed by April next year.

AP4CA say their Solar Our Schools initiative would easily and sustainably solve these energy shortage woes by generating 907 megawatts of solar power, coupled with 2,230 MWh of batteries, and stabilise the energy grid by enabling schools and early childhood centres to operate as Virtual Power Plants.

“Having solar and batteries across the whole country located on schools and early childhood centres would provide the peaking power needed on hot days, negating the need for the government to build a large gas power station. Schools are closed when peak demand events generally occur”, says AP4CA’s National Director Suzie Brown.

“Putting solar and batteries in schools and early childhood centres and allowing them to operate as Virtual Power Plants would address the nation’s power needs, save large amounts of money on schools’ and early childhood centres’ power bills, create over 7,000 regional jobs in renewables, and reduce carbon emissions by millions of tonnes per year”, says Brown, “a win-win for the economy and a safe future”.

Ask State and Federal Leaders to ‘Solar Our Schools’ 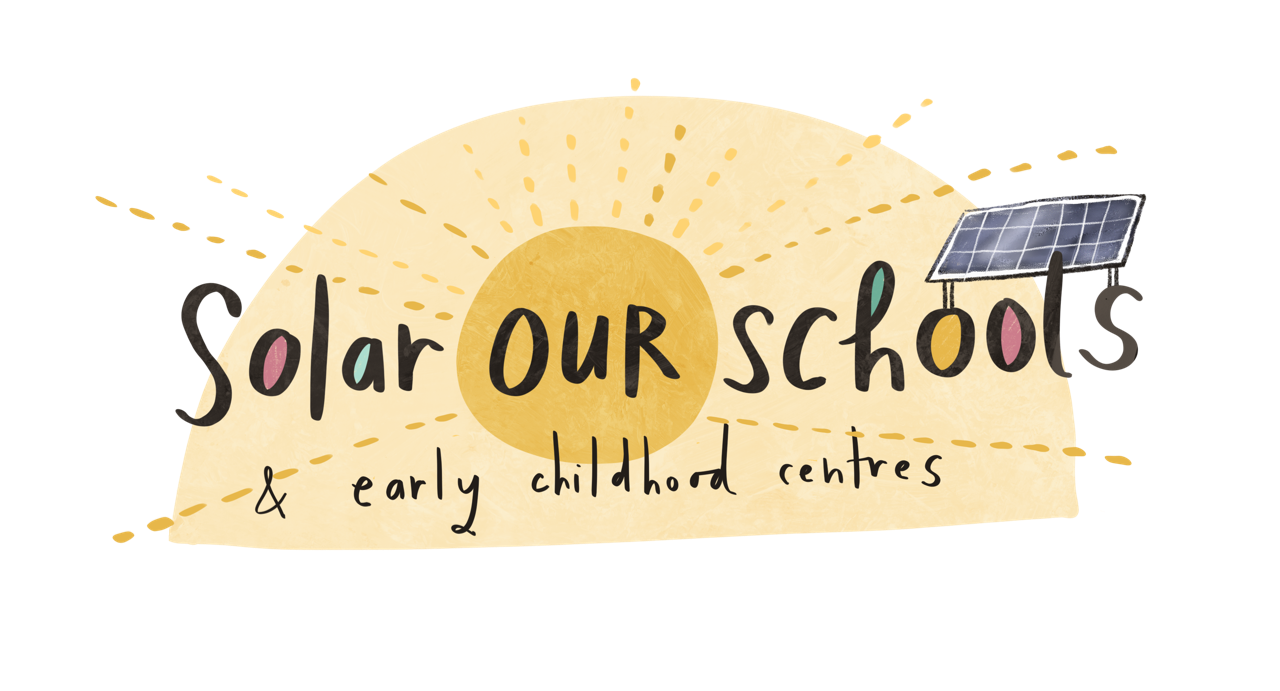 We call on the Australian Federal and State/Territory governments to work together to Solar Our Schools, by funding solar and batteries for every school and early childhood centre in Australia (with means-tested grants for privately-owned schools and for-profit early learning centres).

Solar Our Schools will:

- Create at least 6,870 renewable energy jobs in all regions of Australia.

- Slash school energy bills which frees up more funds for learning resources - save large schools $114,000 in energy bills per year and small schools $12,700 per year (Beyond Zero Emissions).

- Save millions of tonnes of carbon emissions per year.

It's the perfect way to stimulate our economy.